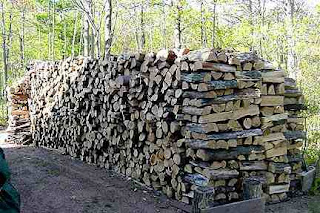 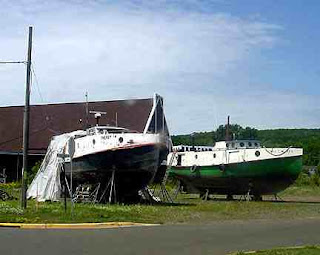 Just up the street from the slips and Marina are a couple old fishing boats.They are being restored this summer in the parking lot. New steel plates being welded in place and over all restoring. These old fishing boats could be used again or just some living history. Not sure what will be in store for them or how they will be used. The owner of Boat Works restores and builds boats. It's always interesting to walk by and see what is being worked on. One should walk around Bayfield and see all that is going on. 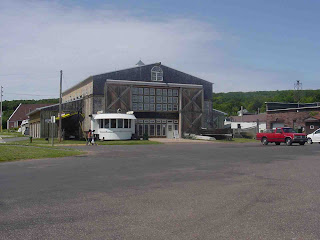 Right across the street from the Sailboat slips is the Marine Museum. Take in some history of the area fishing industry, boats and ships. There is quite a variety of information to be found. Well worth the small fee charged.
http://www.apostleisland.com/BMM.htm
Posted by Bayfieldwis.com No comments:

This is beach time! 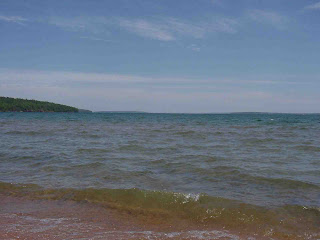 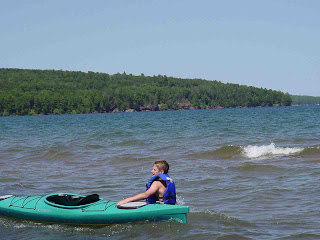 It's right now you want to make use of nice weather and get down to the pristine beaches in the Bayfield area. Lake Superior beaches are the cleanest in the Great Lakes. Bayview Beach just south of Bayfield is very uncrowded and clean. Wonderful sand and a nice shallow beach for kids to play. It warms up in the shallows so it's not too cold. It's very refreshing when it's 85 degrees. This young guy thought it was more fun to dump the kayak over then to paddle it. 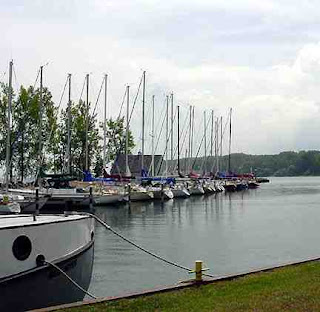 Bayfield has two harbors. Everybody knows the harbor next to City Dock.On the South side of Bayfield is another harbor. It gets very little attention but is also very nice. It has a nice exposure to the sun in the afternoon.

Visitors to the Islands. 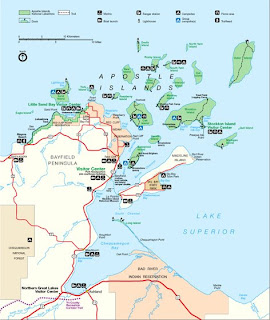 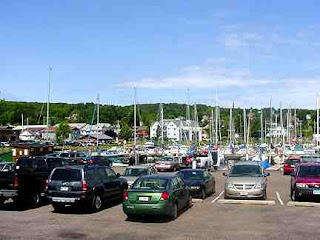 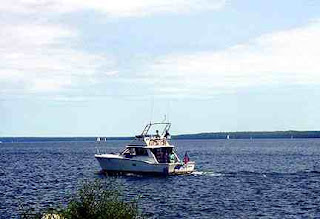 It's now or never for the boating season. The sailing and motoring season is short in the Apostles but you have the benefit of boating in the most pristine waters of the entire Great Lakes reports the news this morning. The beaches on Lake Superior are the cleanest of the entire Great Lakes.
When boating it's common to see down to the bottom in 30 feet of water. You never see any litter on the shorelines or beaches. All of which are good reasons to visit the Apostle Islands if you prize these things. So sure the water is cooler and the season shorter, but the quality of the entire experience is much higher.
Posted by Bayfieldwis.com 1 comment:

What is that pink building? 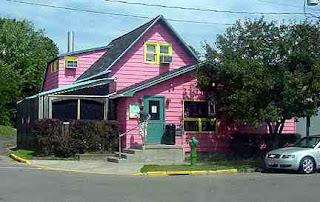 Bob Dylan sings he ain't going to work at Maggie's farm no more. But he can certainly eat at Maggie's Restaurant in Bayfield. A interesting funky place with funny decorations inside. The pink building gets your attention if you're new in town driving down Manypenny Avenue.