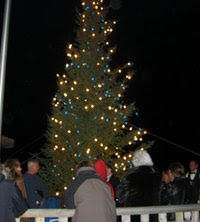 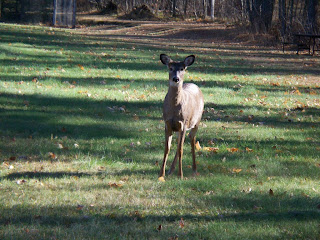 This week is a good time to hang out in Bayfield if you're a deer. Come into town and hide out in the backyards. This deer seems to have that idea. Too many orange jackets in the woods right now she told us.
Posted by Bayfieldwis.com No comments: 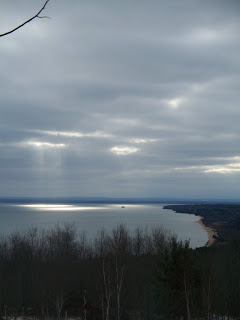 Winter is making a effort to come to the Northland. The change from fall to winter will stay for good shortly. It was a wonderful fall this year. In the picture you could say the last rays of fall are shining thru above Chequamegon Bay.
Posted by Bayfieldwis.com 1 comment:

The Long and Winding Road 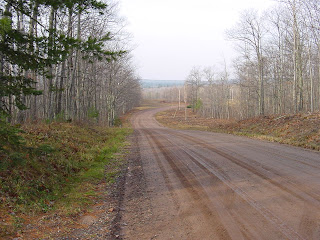 A Bayfield County back road in November. Not far from the shoreline of Lake
Superior it was all rain and no snow. The clay road is good and wet. Inland it's all wet snow on the ridges and hills. The two worlds of Lake Superior. And the Beatles were included on ITunes today. The reason for the title of this blog. When Apple Records was formed there was no Apple Computer or Apple I-Tunes. It's interesting that the two Apples have joined and become partners. Old enough to recall the Beatles Apple Records and still young enough to enjoy ITunes. And Apple Fest in Bayfield. It's all Apples in the Northland today.
Posted by Bayfieldwis.com No comments:

Warmer by the lake 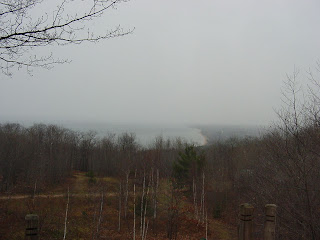 The first big snow storm in the Northland and along Chequamegon Bay and in the town of Bayfield there was no snow. Just about a inch and a half of rain. The warmth of the lake made sure of that. Inland there was quite alot of heavy wet snow and still falling.
Posted by Bayfieldwis.com No comments: 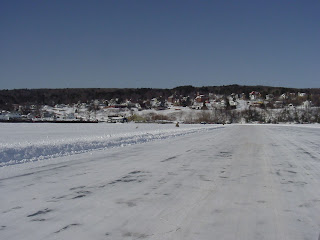 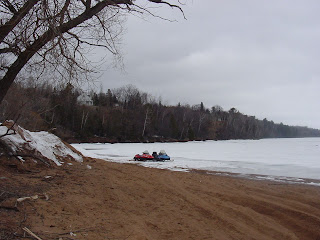 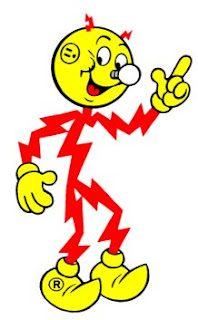 My nephew today had a T-shirt on which looked like a bolt of electricity across his chest. It was some sort of Snowboarding Logo. Nothing of course I'd know anything about.My comment was you look like Reddy Kilowatt. Everybody in the room said what?? Who??? I never heard of that? What are you talking about? I said you all aren't old enough apparently. This lead to the research of the charactor and the connection to the Chequamegon Bay Area and Bayfield Area power company Northern States Power.

He was featured in a 1947 comic book and movie produced by the studio of Walter Lantz. Reddy Kilowatt was a frequent presence in publicity material until energy conservation replaced energy production as a national goal with the growth of the environmental movement and the OPEC oil embargo. He is now rarely seen. In 1998, Reddy was bought by Northern States Power Company, which created an entire subsidiary, Reddy Kilowatt Corp., to manage the cartoon. 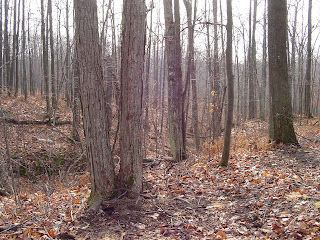 The leaves are all on the ground but so far November has been fairly quiet with only a few snow flurries. What is in store for the month? It's the quiet time of year, still nice enough for a hike and activities outside without much discomfort. The shoulder season as Bayfield Chamber calls it. Shops are still open on the weekends and holiday activities are coming soon.

The Election is over.... 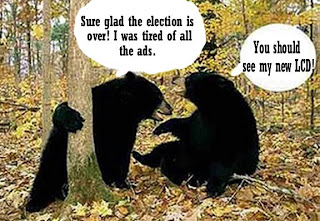