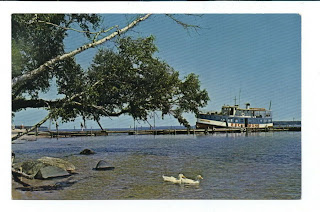 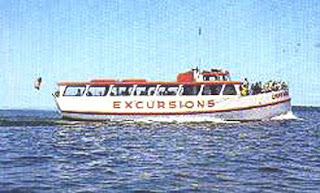 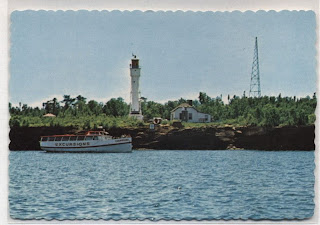 Back in the 1970's and perhaps early 1980's the tours of the Apostle Islands were on the Chippewa excursion boat. I was on it only once and don't recall when the current boat the Island Princess took over? Perhaps somebody knows and can leave a comment? As you can see the Chippewa changed colors and had some changes made during it's life.Also during the 1980's I recall the Islander boat that took people to Stockton Island for a afternoon tour.And if you wish to go way back, I went camping on a island taxied by charter boat called the Sea Ghost that took people on shuttles to islands and would return a few days later to pick you up.I saw it later at the Pictured Rocks National shoreline so those old boats are sold and move around and hopefully are restored and last a long time.